The Little Fish in the Big Pond

Well ok, this post isn’t really about writing the book, it’s about publishing it. I naively never really gave much thought to how many books, and how many authors there are on Amazon, until I published my first novel there as an eBook. Wow! I really feel like the oft mentioned little fish in a big pond. I had just assumed that prospective buyers browsing would find my book there, now I realize it’s not quite the sure thing that I had naively imagined. There are really a lot of books there!

Historically, rushing in has been the way I approach things, and publishing on Amazon was no different. I mean, why change at this late date? Anyway, I believe that I made several mistakes that would have helped my initial sales. I’m sure one of the big ones was not having the eBook version and the print version published at the same time, or as near to it as possible. I have had a surprising number requests for a print version, and so I am sure ignoring that detail hurt the initial sales of Flynn’s Gold.

I had the eBook ready so I published that. Then, and only then, did I discover that formatting for the print book at Create Space, was more complicated (at least for me) than it had been for the eBook at Amazon. I have about struggled my way through it, but did find the learning curve very steep. Now I understand why people charge for that particular service!

I have learned the lesson that writing and publishing a book is only the beginning of the work. The really hard work comes next, the promotion. Now that I have told all my friends that I have actually complete a novel, and some of them have purchased it, I can’t go to them begging anymore, I have to find a way to find readers. I imagine that most new indie authors are faced with the same problem and so I have plenty of company.

That’s enough drivel for this post; I’m going back to following the big fish around the pond. 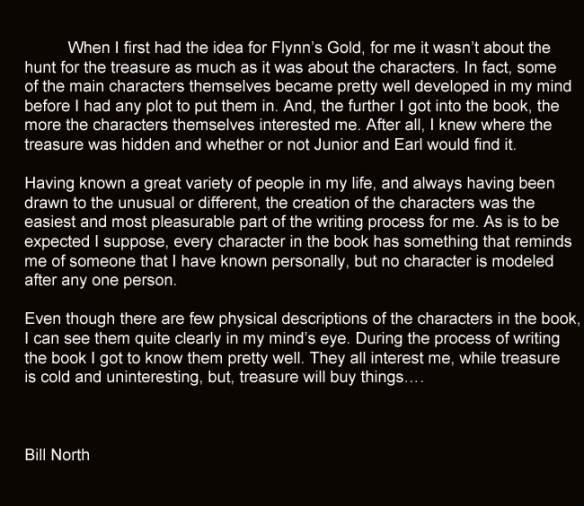